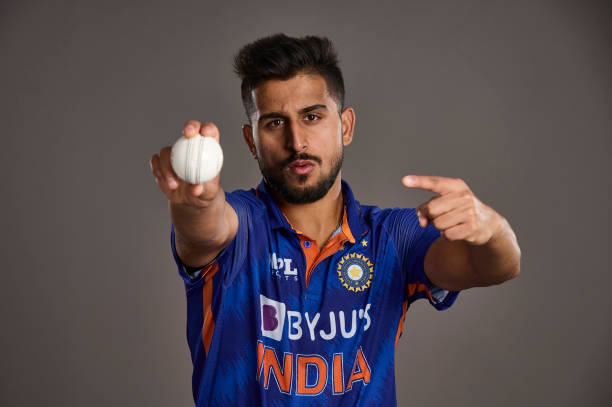 You may have witnessed the speed and quality shown by bowlers from Pakistan, Australia, and the nation with the top fastest bowlers in the world. But did you know that there are high-class pacers in India who are likely to dominate the pacing attack? Look at our ranking of the top 5 fastest bowlers in India among active cricketers.

Who knew a boy from Jammu and Kashmir would make it on the list of best pacers in India at a very young age? Speedster Umran Malik has taken the world by storm with his 157kph spell during an Indian Premier League game. Malik didn’t take the time to become a part of the Indian side and made his debut against South Africa in T20I. Umran, alongside other Indian pacers, makes the best pair for team India to destroy the best batting attack.

The mighty, the splendid Jasprit Bumrah is an exceptional pacer and the world’s second best currently. He is the man who clocked 153.26kph during the first Test match against Australia in the 2018 Border Gavaskar Trophy. Indeed, since his first game, Bumrah has been unstoppable. His pace has consistently and sincerely destroyed the world’s top-order batting lineups. Jasprit’s impressive record with career-best 6/19 for India came against England.

Indeed, one of the best pacers in the world and the leading wicket-taker for team India, Mohammed Shami, is worldwide recognized for his standout bowling. Shami delivered a 153.3 kph during the third Test against Australia and took 15 wickets in three Tests at an average of 35.80.

The emerging young gun of India’s side has begged an ideal position in the top 5 fastest bowlers in India among active cricketers for his spell of 152.8 kmph against Mumbai Indians in the Indian Premier League. Saini’s bowling approach and raw pace have made him an exciting bowler. The future holds excellent prospects for Saini on the national side.

The 23 years old bowling all-rounder from Noida, Uttar Pradesh, is India’s best bowler in first-class cricket. The elegant talent is best recognized for his 5-wicket hall in his second first-class career match. After gaining recognization in IPL, Mavi seems all set to make a debut on the Indian side soon….

Related Fastest Bowler in the World