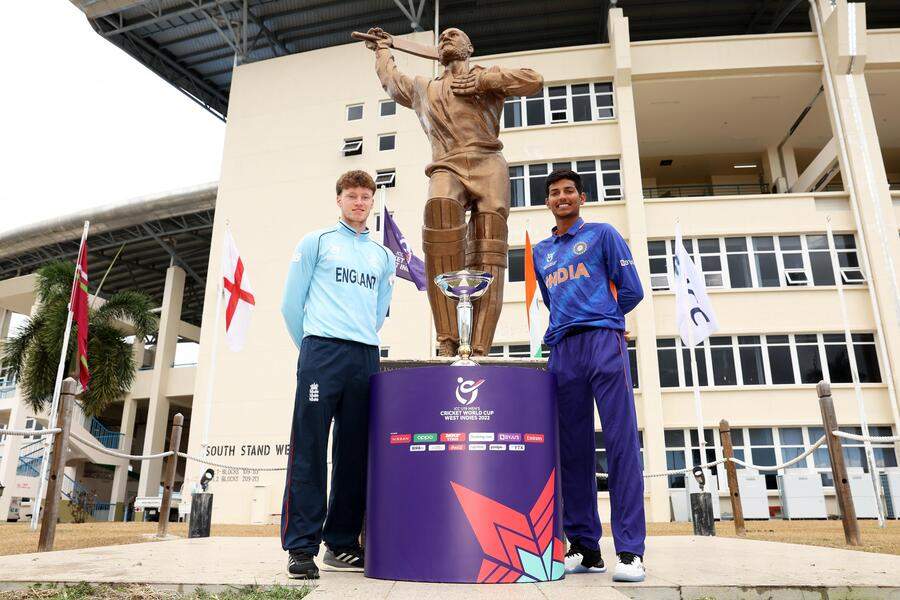 EN-U19 vs IN-U19 Dream11 Prediction: The England U19 and India U19 will be up against each other in U19 World Cup Final at Antigua. The both teams finished with top position in the league stage points table with 3 wins in 3 matches, and then won the quarters and semis to reach this stage. The England U19 will be eyeing for their 2nd title, while Indian U19 team will look to record 5th U19 title. The key players for England U19 team will be George Bell and Rehan Ahmed, while Yash Dhull and Vicky Ostwal are the best performers for the Indian team. It is expected to be a riveting contest between both the talented teams.

Fixture Name: England U19 vs India U19

The pitch has assisted the batsmen to trust the bounce of the surface and score runs at a brisk pace. In the last fixture, the scores in excess of 300+ were scored, and the team batting first is expected to be having an edge in winning the match.

Expected Changes: The team will look to play with the same winning combination of the semi finals.

The captain of Indian U19 team has displayed his fine skills in both departments of the game. In 5 matches, Tom Prest has struck 292 runs and scalped 5 wickets.

The spinner has created havoc after his inclusion to the 11, and has bagged 4 wickets each in the last 3 outings, and can be the differential pick for your fantasy team.

Expected Changes: The team is not likely to make any changes for the Finals of the tournament.

The captain of Indian U19 team has been terrific with his ability to perform in crucial situations, and his knock in the last game proves his talent as well. In 3 matches of the tournament, Yash has garnered 212 runs, with 1 ton and 1 half century.

Vicky has been consistent in taking wickets for the Indian team in the U19 World Cup 2022. In 5 matches, he has scalped 12 wickets with an economy of 3.39.

The both teams have been unbeaten in the tournament and will have high hopes of securing a victory in the EN-U19 vs IN-U19 Today match prediction.  The England U19 have the key players like George Bell and Rehan Ahmed, while Indian team will again look to find contributions from Yash Dhull and Vicky Ostwal. It will certainly be a tough contest between both the teams, who have proven themselves in crucial situations. In the England U19 vs India U19 cricket betting tips on Betway, IN U-19 are expected to win by a comfortable margin and lift the U19 World Cup title for the 5th time in the history.