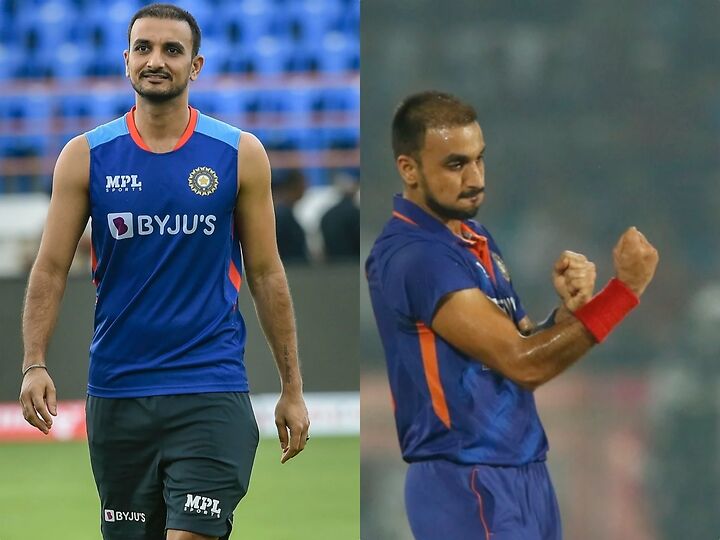 India’s primary death bowler in Harshal Patel has been ruled out of WI vs IND 2022 due to a rib injury. The Gujarat pace bowling all rounder made a mark for himself in the 2021 IPL with some extraordinary death bowling. Indian Team will be sweating over his fitness as him missing the T20I games leading upto world cup would not serve well for both the team and Harshal Patel.

After the toss of the 4th T20I, BCCI tweeted that Harshal Patel is ruled out of the final two T20Is as the death bowling specialist hasn’t fully recovered from the injury. With the squad for the Asia Cup 2022 set to be announced on 8th of August, it is expected that Harshal Patel won’t find a place in it.

🚨 UPDATE: Harshal Patel has not fully recovered from his rib injury and is ruled out of the remaining two T20Is against West Indies.#TeamIndia | #WIvIND

Some other reports also suggested that Harshal Patel is unlikely to recover within the WT20 in October later this year in Australia. India had invested heavily on Harshal Patel who has played 15 T20Is in 2022 picking up 19 wickets at an economy rate of 8.76, it will be a huge blow for India if the pacer has not recovered by WT20.

Will India go to Deepak Chahar in absence of Harshal Patel

Deepak Chahar has recovered from the injury and is set to play against Zimbabwe. Harshal Patel provided that additional batting depth at #8, now that he is out of contention for Asia Cup, Deepak Chahar is someone who has the ability to bat at #8 and is a renowned new ball specialist. Although, it won’t be a wise move to replace a death specialist with a new ball specialist just because of the batting depth. One has to wait and see how the Indian management react to this.

Taking the life out of me is better than taking cricket from me. Welcome to my world which gives nothing but happening stories in the cricketing world
Previous ArticleWI Playing 11 for India vs West Indies , 5th T20I; Top Picks, Fantasy Cricket Tips For Dream11 Team Prediction
Next ArticleCaptain of Indian Cricket Team with Most Wins [All Formats]