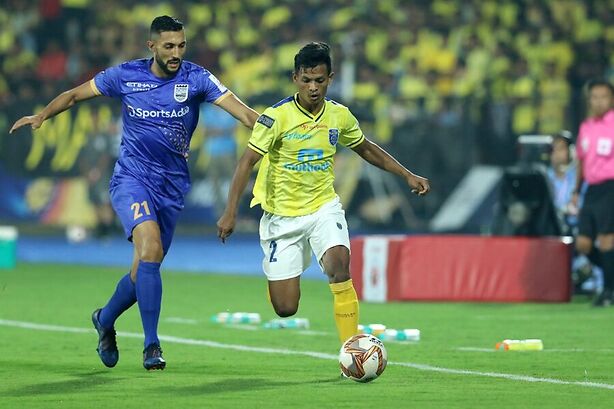 MCFC vs KBFC Dream11: As the Indian Super League rolls on, it will be Mumbai City that takes on Kerala Blasters up next. Talking about the standings, Mumbai City is residing right at the top of the league with 15 points on board. They’ve won four games on the bounce over ATK Mohun Bagan, Bengaluru FC. Jamshedpur FC and Chennaiyin FC, while, also having a four-point cushion. Meanwhile, Kerala Blasters is in at 9th with six points. They’ve won one, drawn three and lost one of their five fixtures so far. Kerala Blasters have drawn three, and won one of their previous four games. The Blasters will have to be at their absolute best in order to get the better of top-notch Mumbai City unit.

From the 14 previous meetings between the two sides, it’s Mumbai City have secured six wins in comparison to Kerala Blasters’ two wins. Six game have also ended on level terms.

Vignesh Dakshinamurthy is in doubt to start.

Muheet Shabir, Albino Gomes and Rahul KP are ruled out due to injuries.

Igor Angulo has registered five goals and an assist from the six appearances this season. He should be starting for Mumbai.

Ahmed Jahouh has a goal and five assists from the six appearances this season. He is expected to start for Mumbai City FC.

Adrian Luna has secured three assists from the five appearances in the season so far for Kerala Blasters.