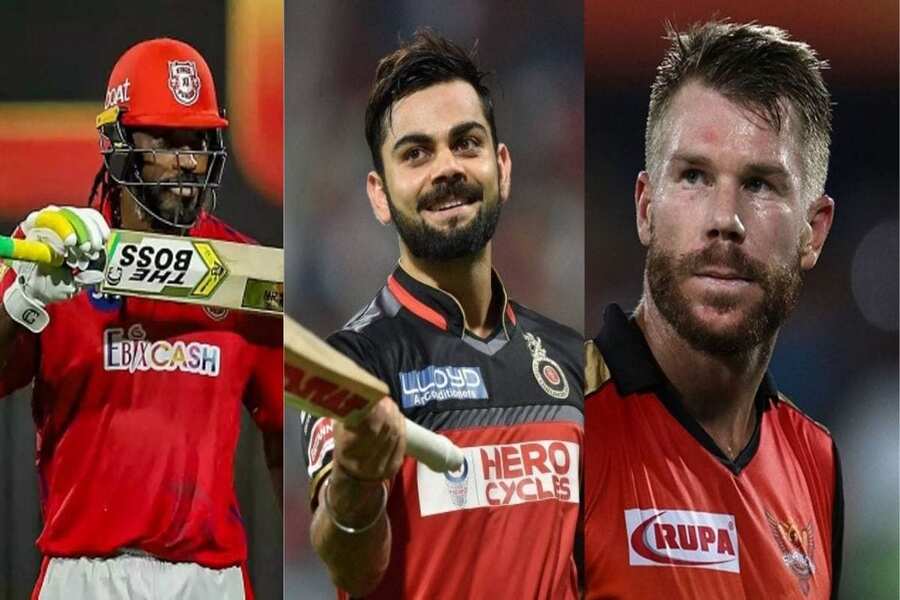 Most centuries in IPL – Scoring a ton in T20 format requires fine ball striking capability. Who are the batsmen in Indian Premier League history to have done it on most occasions?

Most centuries in IPL

The Universe Boss has possibly been the best T20 batsman in the world cricket. In 142 matches, Chris Gayle has amassed 4965 runs with 6 centuries and a strike rate of 148.96. He has the highest individual score of 175* in the IPL.

The most consistent batsman in the Indian Premier League history has hit a total of 5 centuries until the IPL 2021 season. In 207 matches, Virat Kohli has scored 6283 runs with a strike rate of 129.94.

The Australian opener emerged as the best batter for Sunrisers Hyderabad team. In 150 IPL appearances, David Warner has garnered 5449 runs, with 4 centuries.

One of the finest top order batsmen in the tournament’s history is known for his ability to handle the pressure well in knockout matches. In his IPL career spanning 145 matches, Shane Watson has scored 3874 runs, with 4 centuries. He scored a century in IPL 2018 final and helped CSK to lift the title.

Related Most sixes in IPL

Often known as Mr.360, AB de Villiers is the most popular overseas cricketer in the Indian Premier League history. The highlight of his career was wide range of shots, confidence in the ability to win matches for the team. In 184 IPL matches, De Villiers scored 5162 runs with 3 centuries.